It is my good fortune to do a blog post on election day 2016. 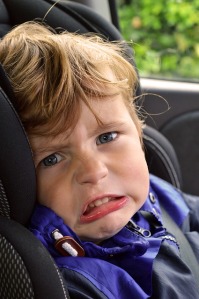 . . . primarily skirt the subject and give you something to smile about instead.

I’m about to share with you one of my favorite stories ever.  Many of you have probably heard it.  If so, I bet you won’t mind hearing it again.  If you are a newbie though, you are in for a treat.  The kind of treat that might make you snort and cause tears to stream down your face (which is the best kind of treat right?).

There are many versions of this story, but suffice it to say as an intro that the writer has completed an accident report to receive compensation for his injuries.  He is now responding to a request for more information to support his claim.

I am writing in response to your request for additional information in
Block 3 of the accident report form. I put “poor planning” as the cause
of my accident. You asked for a fuller explanation and I trust the
following details will be sufficient.

I am a bricklayer by trade. On the day of the accident, I was working
alone on the roof of a new six-story building. When I completed my work,
I found that I had some bricks left over which, when weighed later were
found to be slightly in excess of 500 lbs.

Rather than carry the bricks down by hand, I decided to lower them in a
barrel by using a pulley, which was attached to the side of the building
on the sixth floor.

Securing the rope at ground level, I went up to the roof, swung the
barrel out and loaded the bricks into it. Then I went down and untied
the rope, holding it tightly to ensure a slow descent of the bricks.

You will note in Block 11 of the accident report form that I weigh 175
lbs.

Due to my surprise at being jerked off the ground so suddenly, I lost my
presence of mind and forgot to let go of the rope. Needless to say, I
proceeded at a rapid rate up the side of the building.

In the vicinity of the third floor, I met the barrel, which was now
proceeding downward at an equal, impressive speed. This explained the
fractured skull, minor abrasions and the broken collar bone, as listed
in section 3 of the accident report form.

Slowed only slightly, I continued my rapid ascent, not stopping until
the fingers of my right hand were two knuckles deep into the pulley.
Fortunately, by this time I had regained my presence of mind and was able
to hold tightly to the rope, in spite of beginning to experience a great
deal of pain.

At approximately the same time, however, the barrel of bricks hit the
ground and the bottom fell out of the barrel. Now devoid of the weight
of the bricks, that barrel weighed approximately 50 lbs. I refer you
again to my weight.

As you can imagine, I began a rapid descent, down the side of the 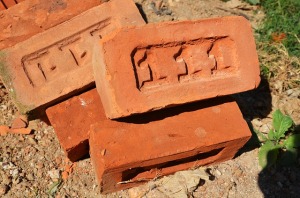 building. In the vicinity of the third floor, I met the barrel coming
up. This accounts for the two fractured ankles, broken tooth and several
lacerations of my legs and lower body.

Here my luck began to change slightly. The encounter with the barrel
seemed to slow me enough to lessen my injuries when I fell into the pil
of bricks and fortunately only three vertebrae were cracked.

I am sorry to report, however, as I lay there on the pile of bricks, in
pain, unable to move, I again lost my composure and presence of mind and
let go of the rope and I lay there watching the empty barrel begin its
journey back down onto me. This explains the two broken legs.

I hope this answers your inquiry.”

I don’t think anyone thinks this is as funny as I do, because I’m kind of twisted apparently.  Whenever I get to the “Here my luck began to change slightly,” I am a goner.

However, I think everyone can appreciate that the ability to laugh at your own real life misfortunes can help in times of stress.

Ecclesiastes teaches us that there is a “time to laugh,”[1] and we learn in Proverbs[2] that “A merry heart doeth good like a medicine”.

President Hugh B. Brown, a former counselor in the First Presidency, recognized the value of facing challenges with humor: “A wholesome sense of humor will be a safety valve that will enable you to apply the lighter touch to heavy problems and to learn some lessons in problem solving that ‘sweat and tears’ often fail to dissolve.”[3]

President Hinckley was a wonderful example of lighthearted humor that engaged his audiences and endeared him to them.  He made you want to listen to the serious stuff because he connected with you through laughter in small and simple ways.  Many of our prophets and leaders have had the same ability.  For example, I can’t think of Thanksgiving without Elder Holland’s exclamation about faith, “That is like trying to stuff a turkey through the beak!”[4] coming to mind.

Now, there is a vast difference between being lighthearted and quick to laugh as a little child, and hurtful or sarcastic humor that demeans or diminishes someone else.  Too often this poor imitation is called “humor” and it is nothing of the sort.

While teaching my class of young women this subject recently, I had a colored folder placed in front of a cork board.  For perhaps the one and only time ever in church, I encouraged them to be mean.

“Like, write mean things?  Like, for real?”  They were a little puzzled and wondered whether I had gone a little kooky.  Apparently it’s not often that intentional bad behavior is encouraged by their teachers.  Shocking.

I responded, “Yep, totally.  Mean things that someone might say to someone else, or to themselves.”

They were slow to warm up, but after a while they were cooking.  I had them use pushpins and push all of these nasty little strips of paper into the folder and board.  Then we talked about the kinds of things that had been said.  Things like, “Weird,” or “You’re stupid,” or “You’re ugly,” or “No one likes you, go away.”

Here’s where it got interesting.  We talked about how too often, it is thought that saying, “Just kidding,” or “Lighten up, I didn’t mean it,” or “No, really, I actually love you!”, or my some of my least favorites, “I’m sorry but . . .” and “Don’t take offense but . . .” are supposed to make it seem like those mean things were never said.

Then, we removed the pins.  As we did so, we tacked on a quick, “Just kidding!” for each one.  But then we opened the folder, and there was a picture of people inside.  You guessed it.  They were still full of holes from all those pushpin comments.  The point?  A quick, off the cuff mumbled “sorry” just doesn’t make it magically all better.

Of course, lucky for us, there is something that actually heals those holes that we make in other people and ourselves, and that’s the Savior and repentance through the Atonement.  When we fall short and behave badly, we can seek to repair the damage we have caused and we can seek help and healing of those wounds.  Thank goodness, because I know I’ve said a lot of dumb things in my life and I need my Savior’s help.

So, today is Election Day 2016.  Much has been and will continue to be said back and forth, and probably a lot of it will continue to be unkind.  My hope is that we can all try to remember that with our words and with everything that we, “like”, and “share”, we can lift or we can leave holes in real people.  Whatever the result of the election, it seems obvious that the coming years and trials are going to require a healthy sense of gentle humor that is probably becoming the most rare of American commodities.

It seems appropriate to end with a favorite quote from President Hinckley about optimism.

I am asking that we stop seeking out the storms and enjoy more fully the sunlight. I am suggesting that as we go through life we “accentuate the positive.” I am asking that we look a little deeper for the good, that we still voices of insult and sarcasm, that we more generously compliment virtue and effort.[5]

Now, go forth, find some sunlight, and spread some laughter in the world. 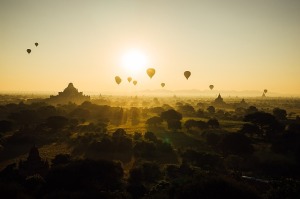 Do you have a favorite story, picture, or joke that brings a smile to your face on a bad day?  PLEASE SHARE in the comments!

[5] Words of the Prophet:  The Spirit of Optimism, President Gordon B. Hinckley, July 2001.

One thought on “Searching for Sunlight”

If there is anything virtuous, lovely or of good report or praiseworthy, we seek after these comments. Cancel reply

This site uses Akismet to reduce spam. Learn how your comment data is processed.

The Source of Joy

The Lord thy God in the midst of thee is mighty; he will save, he will rejoice over thee with joy... (Zephaniah 3:17)